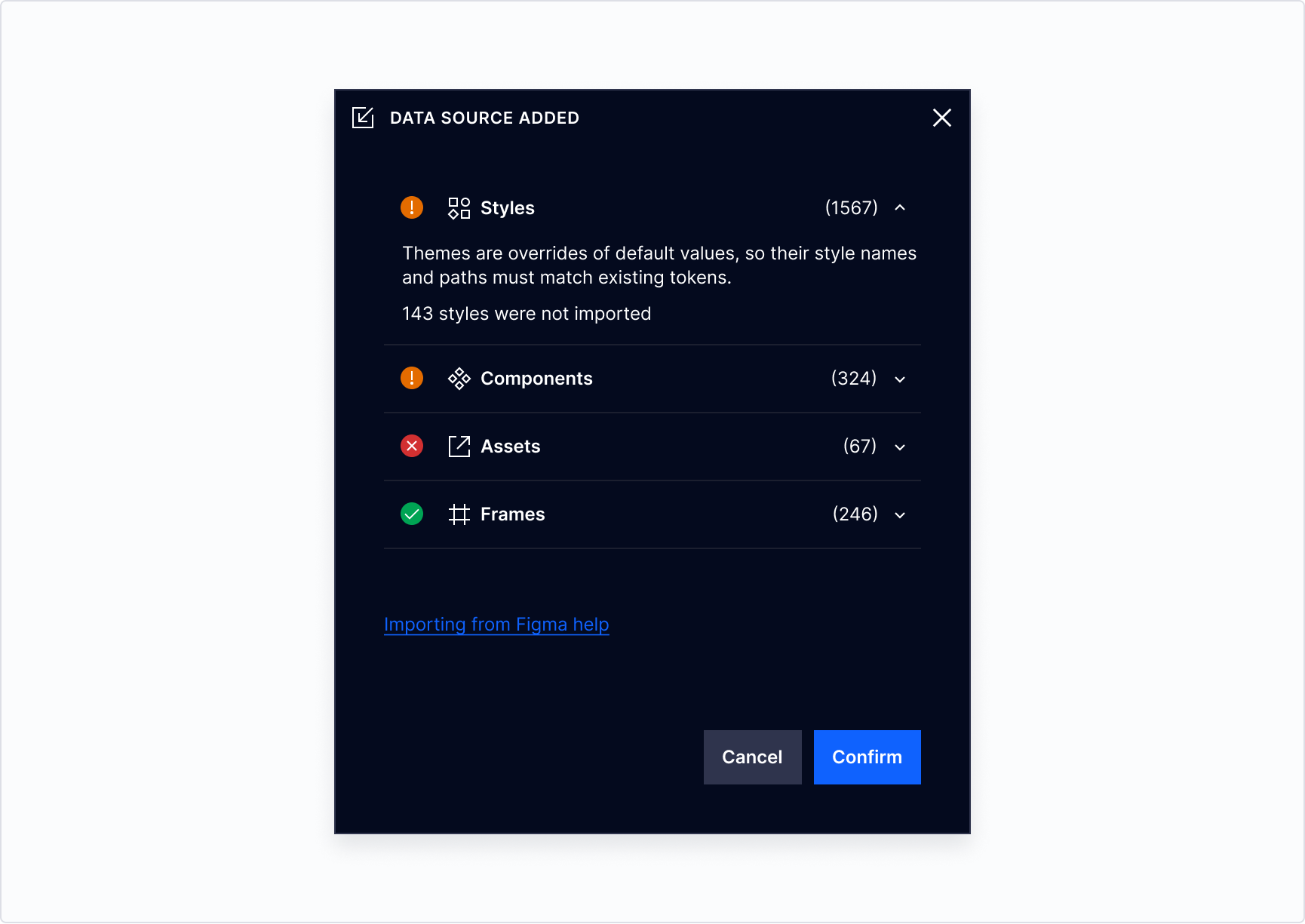 For a successful Figma import, first check that your file meets the requirements:

The file is published in Figma.

The file has been published (as a library).

The file contains one or more published styles.

The file contains at least one style.

Supernova will only import styles that are used in the document.

Read more about publishing Figma files, which Figma styles are imported, and Figma libraries in Figma 101.