Following on our latest design tokens improvements, we're introducing themes. This really changes the game when managing your design tokens and lets you do things that previously weren't possible. We're also adding rich text markdown support and various other smaller improvements and bugfixes, let us know what you think.

You can now add and edit themes! Themes are value-overrides for your tokens. Until this point, you could only define tokens with a single value.

Starting today, that is no longer true! You can now define unlimited number of themes, with each theme representing a specific view of your design system.

Themes have various purposes, but the main one is obvious: Different color schemes for your design system, such as light and dark mode. 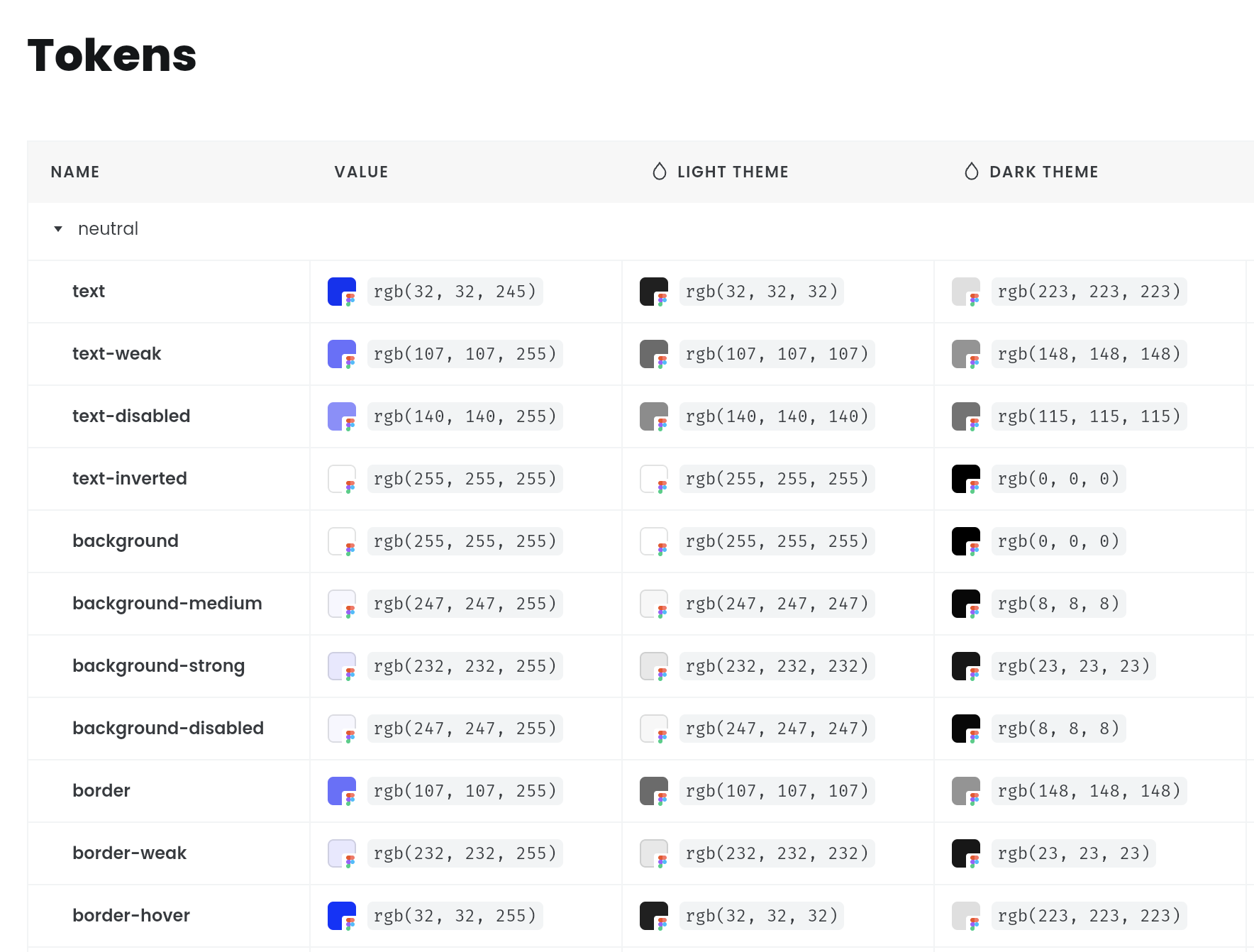 Themes are created in the same way as properties, so you will feel right at home:

You can manipulate themes exactly as you would the default values. Simply click into any empty value to override the token for selected theme.

We are extremely excited to also announce that you can now import themes from Figma automatically. Simply link to your theme file, and if it contains tokens of same definitions (but with different values), the system will recognize this and properly resolve the relationships between the base values and its themes.

When linking a new data source, you will now have new options how to link your styles to Supernova. Simply assign source to a specific theme and all tokens from the newly linked file will be associated with that theme.

It can now also create different types of blocks and apply rich text styles by writing inline markdown! We have prepared a cheat sheet for you, which should greatly improve the speed with which you write your documentation:

It is also possible to apply different styles directly by: